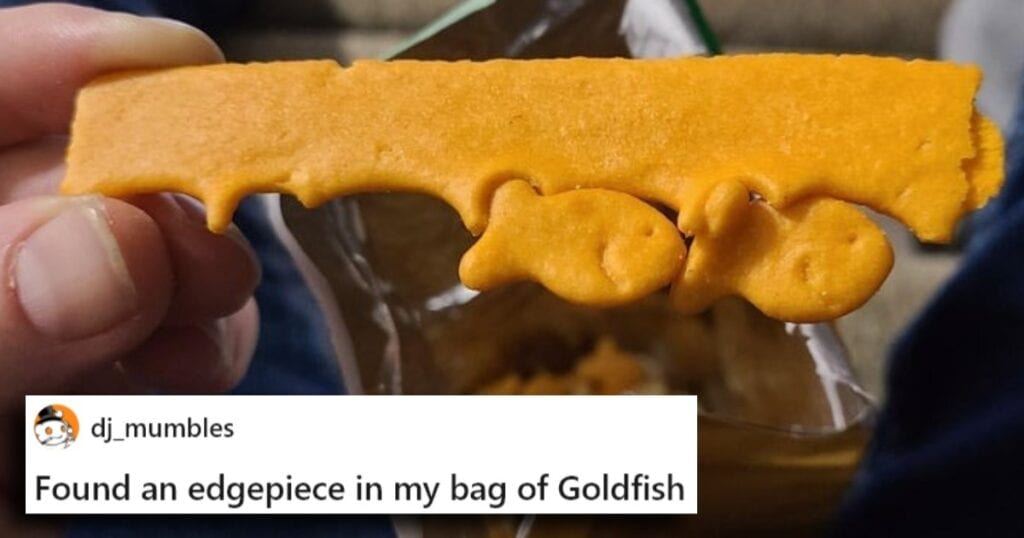 Have you gone around the globe yet to see the seven wonders of the ancient world or whatever? Probably not because that’s crazy expensive and I’m pretty sure a lot of them are gone.

Seems like a pretty teasing system to have all these wonders talked up to us so much when they’re so inaccessible, yanno? That’s why I propose a new system. Let’s just find some interesting internet pictures and call THEM wonders of the world, that way they can be shared far and wide and accessed easily by all.

We’ll start with these from Reddit. They seem pretty weird.

Well that’s a semi-adorable little piece of nope right there.

Had a Praying Mantis nest hatch by my front door! from mildlyinteresting

They walk among us – do not be fooled.

This bird poo looks like some limbless horror figure from mildlyinteresting

12. The Snake of Goodwill

Saw a live snake in the local Goodwill store from mildlyinteresting

I didn’t even know such a thing was real…the stuff of legends.

Found an edgepiece in my bag of Goldfish from mildlyinteresting

In spirit, this is what all cats are telling us.

My aunts cat has the word no circled in his fur pattern. from mildlyinteresting

She doesn’t look too happy about getting her picture taken.

I can’t tell if this is creepy or cute.

Dobby’s fan-made grave in the precise location of the film! from mildlyinteresting

This cicada on my cicada tattoo from mildlyinteresting

I’m not saying anything, because it would just get erased by my editor.

This unusually straight banana from mildlyinteresting

What are they here for? What doom do they portend?

The white sedan gang at my apartment parking garage from mildlyinteresting

Make that an emo album cover and watch the money roll in.

How much do you think each one paid for that?

The phone in my hotel room has, both, Pizza Hut and Domino’s on speed dial. from mildlyinteresting

If there were a plague of these, it might not be so bad.

What a whirlwind of a tour!

What would you nominate to be a new wonder of the world?