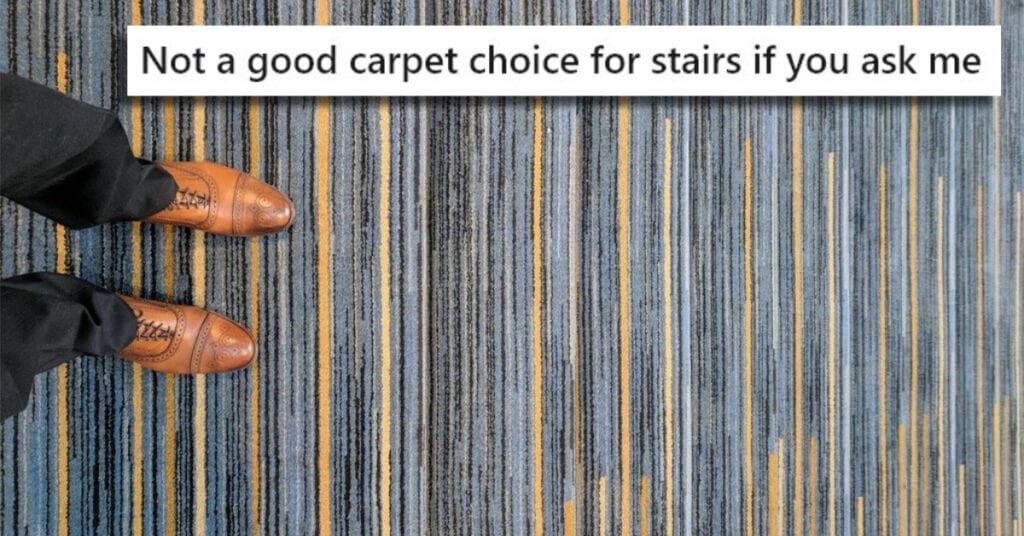 Look, I’m sure it’s very hard designing buildings and such. It’s not something I’ve ever tried to do because I do not know anything about it and I 100% would get someone killed.

But if you’re hiring someone to do it, maybe don’t go with the cheapest guy you can find on Craigslist, because that person probably didn’t go to “how to build stuff” school either, and he’s gonna make some choices that will destroy your mind and also your back.

Now that’s what I call trippy.

What kind of horrendous troll would do something like this?

For the lemmings in your life.

Stairs that lead to nowhere from CrappyDesign

I’m sitting down and somehow I slipped while looking at this photo.

Stairs of Death from CrappyDesign

Almost broke my leg from CrappyDesign

It’s like a staircase made from the trays on a booster seat.

You don’t have to be drunk to fall down these stairs. from CrappyDesign

These aren’t stairs. They are decorative waterfalls. My friend walked into them and slipped, i laughed my ass off. from CrappyDesign

How many lives have been lost to this?

This flight of stairs outside a door is death waiting to happen. from CrappyDesign

“I’ll just put a bunch of crap on my tiny, railless staircase.” – someone with a death wish

How to break your bones from CrappyDesign

Who is this for?

Man this hill is just too steep. Hold on a sec while I take the stairs from CrappyDesign

These double stairs from CrappyDesign

What design fails have you noticed lately?