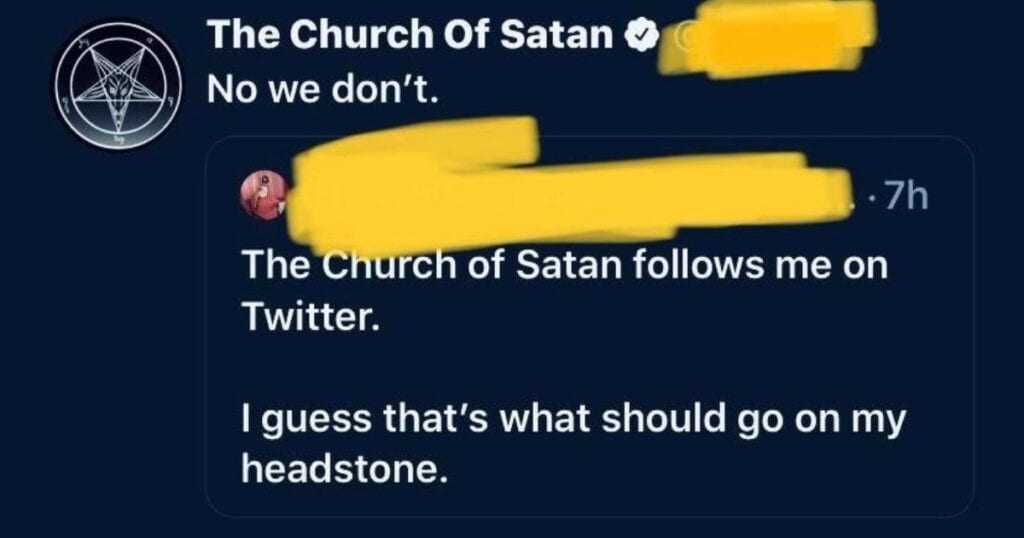 There’s a certain public figure who’s got my goad for the last, oh I don’t know, several years. I won’t say their name because first of all I’m tired of it and second of all I’d probably mess up the algorithm or something.

You can easily guess who I’m talking about or swap in your own annoyance of choice. But the reason I bring this up is that one of the things that has returned to my head about this person over and over again is that not only are they a liar, they’re not even a good liar.

It’s one thing to watch someone be taken in by a silver-tongued deceiver. It’s another thing to just watch a dummy say clearly untrue stuff as clumsily as possible and get away with it. Which is what some internet heroes were trying to put a stop to in these wonderful examples of liars getting caught via Reddit.

What exactly are you trying to pull here, Nick?

Yes, Nick, you did from quityourbullshit

The cringe is strong with this one.

Woman claims to have found a message from a fan at the beach, is still holding the stick she used to draw it in her hand from quityourbullshit

You um…you might want to go to the hospital, honestly.

Yeah, don’t do this, you’re gonna get caught.

I really don’t get why people lie about art. like it is so easy to reverse search from quityourbullshit

This is like one of the most famous comedy bits of my generation, what are you doing?

No coming back from this one. from quityourbullshit

As someone who drives through the midwest routinely, I assure you that huge swaths of America are in fact fields and grasslands.

That’s a LITTLE misleading from quityourbullshit

Good thing she didn’t have to hike far.

Maybe their point was that “Am” isn’t conventionally used on its own, but you can take that prescriptivist lingual nonsense elsewhere.

“Please stop using it” from quityourbullshit

Turns out that the US military understands the important of not letting disease spread through its troops.

Antivaxxer claims to be a Marine despite the US military vaccine requirements. from quityourbullshit

Come on, at LEAST block your mom from the post when you make it.

Are you a time traveler?

Maybe OP is from the future. from quityourbullshit

Usually when someone claims people are mad at them for “no reason,” they are very much lying.

Absolutely no reason. from quityourbullshit

Can we talk about projection for a minute?

Just stop lying, y’all. Cut it all the way out.

What’s the biggest lie you’ve ever been caught in?