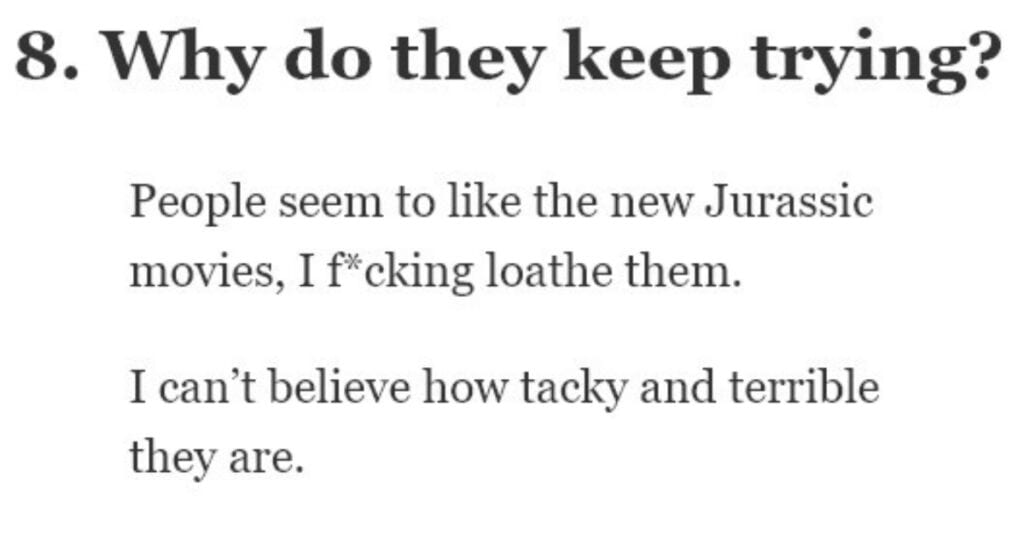 15 Popular Things That Some People HATE

You ever feel like you’re taking crazy pills because everyone around you seems totally into something you can’t stand?

Well, you’re actually not alone, as evidenced by the response to this prompt on Ask Reddit:

What are things that everyone loves but you hate? from AskReddit

Let’s take a peek at what Redditors had to say.

2. It’s lazy neoliberalism at its finest.

“progressive” shows like Glee or The Good Doctor portraying the stereotypes they’re supposed to challenge.

4. Genuinely I get no enjoyment at all from these.

All my I have to listen to that crap all the time around my friends.

Weed. Seriously. I hate being high. Every time I just regretted it and wanted to sober up and get it over with.

Makeup. I’m a 20 year old woman who barely knows the basics of makeup.

absolutely despise the culture surrounding it, and it makes me hesitant to actually learn how to do it properly.

8. Why do they keep trying?

People seem to like the new Jurassic movies, I f*cking loathe them.

I can’t believe how tacky and terrible they are.

Babies- They kind of really gross me out, I’m sorry

I’m constantly seeing everyone pouring themselves a glass to relax and unwind at the end of the day.

Every type, every brand I try just tastes awful to me.

They just make me feel…sick.

It looks like something that was invented by a pedo to get off on all the little girls looking dolled up in skin-tight suits.

Trying on clothes always puts me in a bad mood because it takes up so much time. (I’m a girl btw)

I just don’t really like star wars movies. None of them.

I hate the lying, screaming over each other, the gaslighting.

It’s all just not fun for me and I genuinely don’t understand people enjoying it.

I think for me the answer would probably be Game of Thrones.

I know that pretty much nobody liked it by the end, but I couldn’t get into it at all in the beginning, either. It just felt so joyless and somber and opaque.

Nothing fun to latch onto.

Give us your answer in the comments.