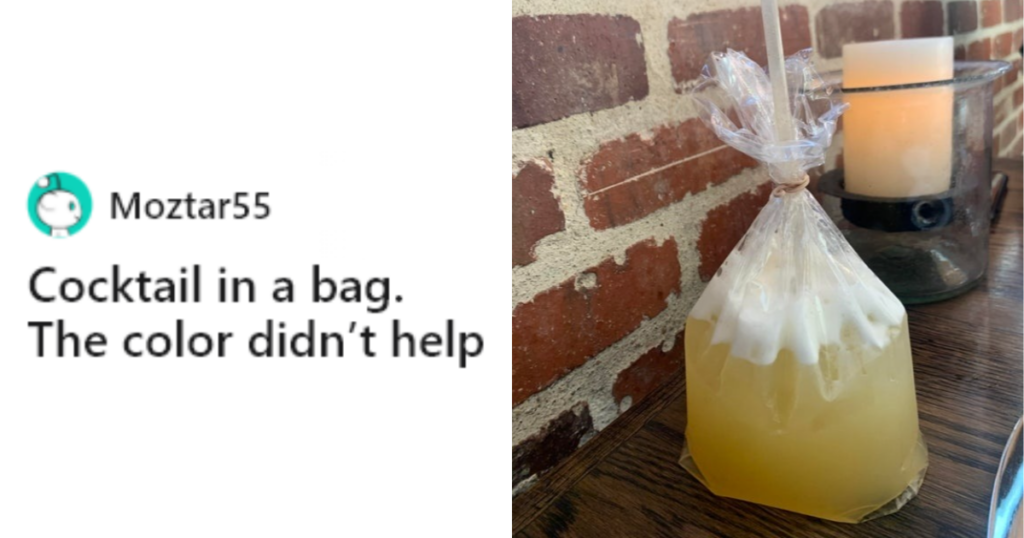 There’s a place on the internet for everything, and that place is Reddit.

Seriously, imagine something. Anything. (Anything legal anyway…)

There’s a place on Reddit for it. There’s even a whole subreddit where people gather to complain about drinks being served in things that aren’t cups.

And there are THOUSANDS of posts. Just look at these non-cups:

This is impractical in every sense.

Cocktail in a bag. The color didn’t help from wewantcups

Neutralizing the spice of the cup with the liquid it contains. Well done?

A cup of milk from wewantcups

You are just the most hippy dippy person on the planet, aren’t you?

Portobello Mushroom Latte, Me from cafe

The thing about these is that while they look huge, they’re really only the equivalent in volume of maybe 2 normal pints.

Here’s one you can’t even set down from wewantcups

It’s the most important meal of the day.

Jelly shots in eggs? from wewantcups

Sneaker culture has gone too far.

A shoe? You’ve officially carried it too far biddy. from wewantcups

Just preparing you for when this makes you feel sick.

A margarita served in an IV bag with a syringe full of jello shot. from wewantcups

Not even sure how to drink out of this thing? Maybe a straw? from wewantcups

What the heck kind of nonsense is this.

Come get your slop, piggy.

$12 gin & tonic, 98% tonic. Straw cut with a knife because apparently I don’t deserve a whole straw. from wewantcups

Whose bright idea was this?

Lemonade in a lightbulb? from wewantcups

Like the kind a kid builds a sand castle with.

I see your bucket… and I raise you… a bucket! from wewantcups

Why must people keep doing this?

Share it with us in the comments. Take us into a whole new world of niche.